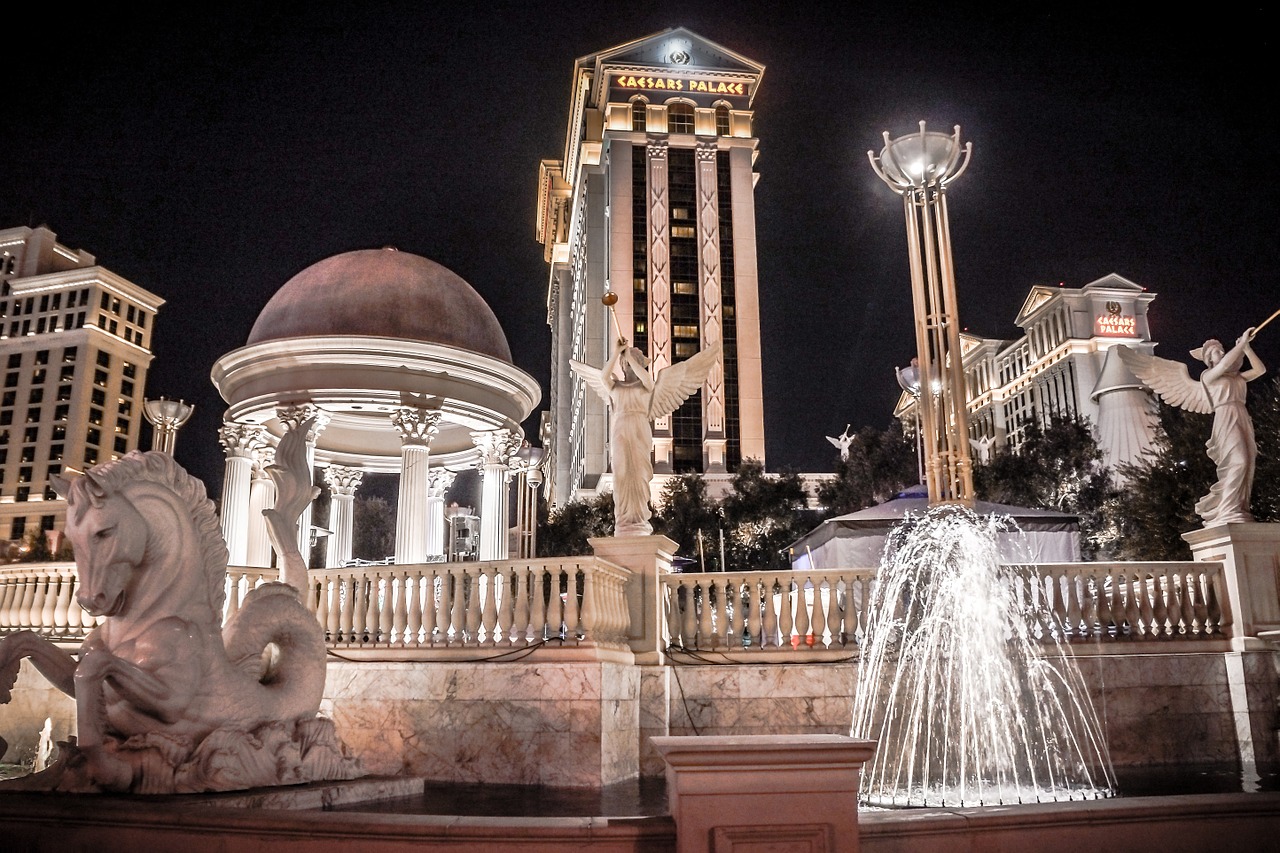 Caesars Palace Las Vegas is one of the Strip’s best known and largest landmarks in Las Vegas. Situated between the Mirage and Bellagio hotels, Caesars Palace offers a total of 3,960 rooms and suites throughout five hotel towers.

Spanning five acres and offering seven swimming pools, the Garden of the Gods at Caesars Palace is situated on three levels at the center of the resort. Guests enjoy classic landscaping, statues and fountains, access to swim-up blackjack, and can book a relaxing poolside massage.

The Colosseum, the Caesars Palace concert venue, features guest performers such as Jerry Seinfeld and Elton John, as well as top headliners and events. 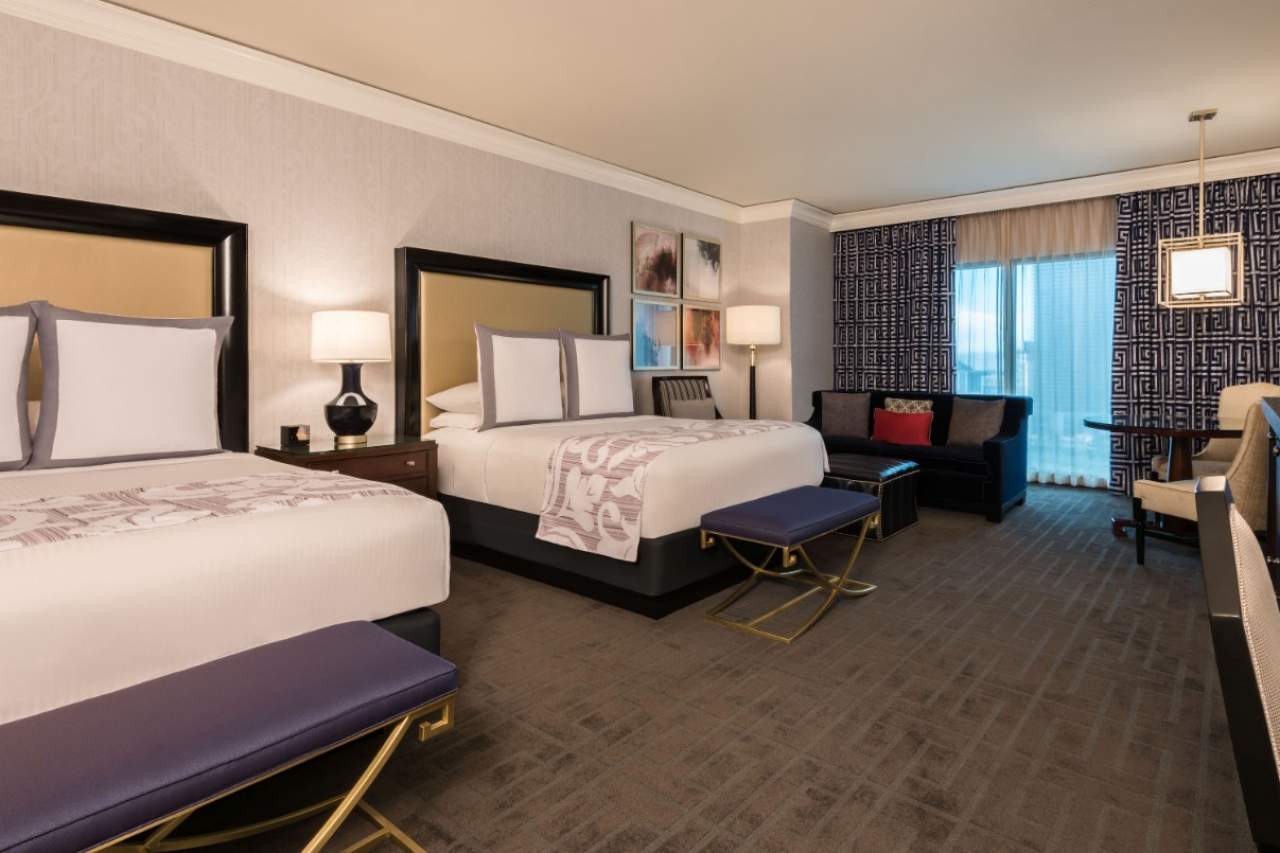 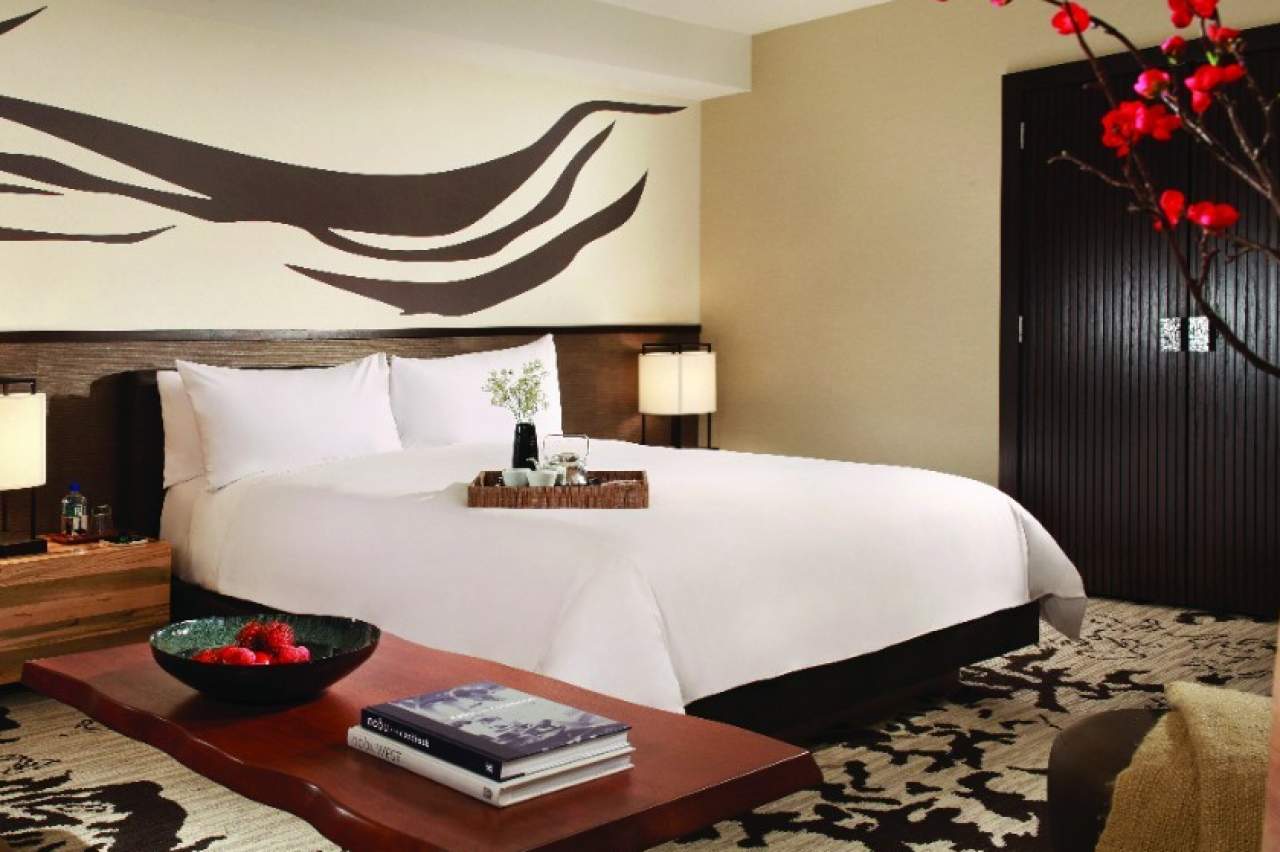 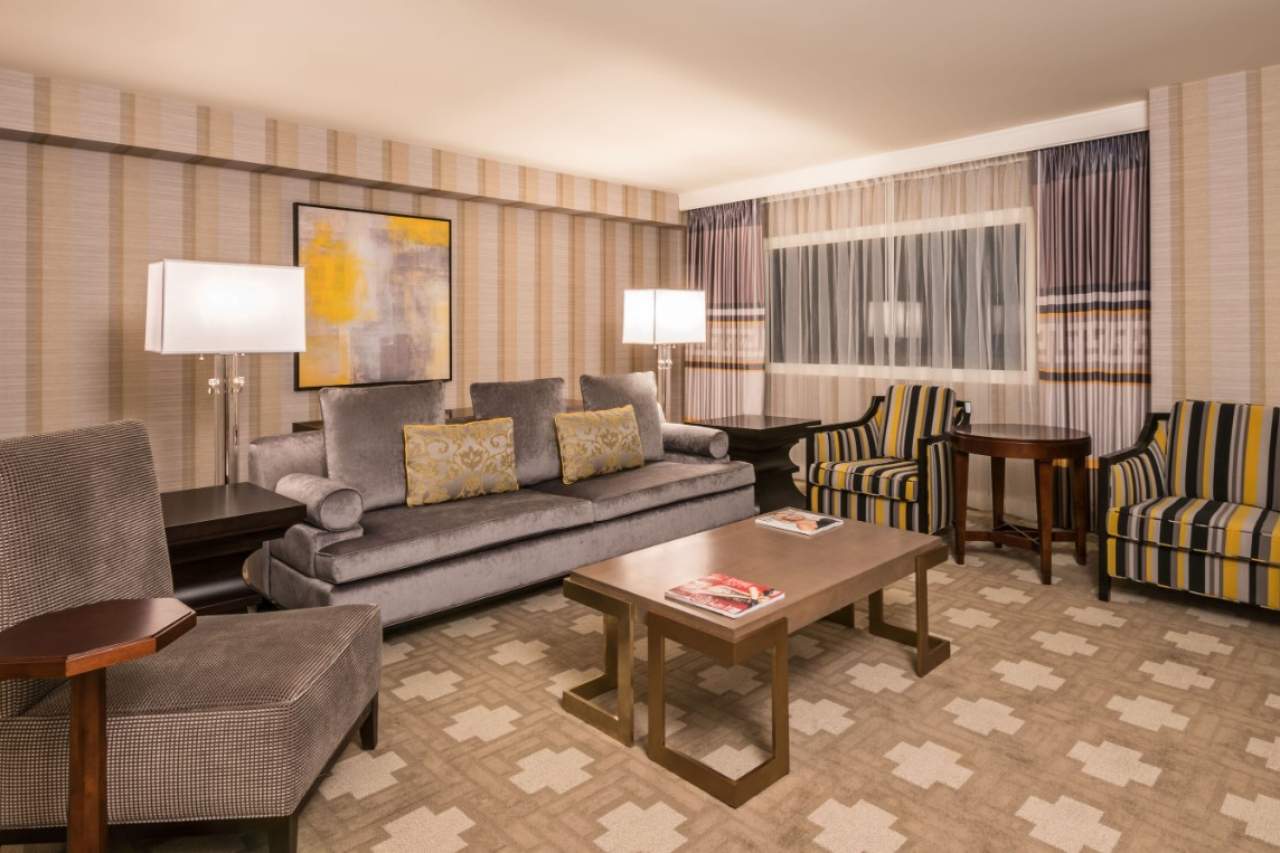 There is an extensive list of room types, amenities, views and locations available at Caesars Palace Las Vegas.

949 rooms and suites including three luxury villas, opened in 2005

452 rooms and suites including two villas, renovated in 2009

1,131 rooms and suites including 12 penthouse level suites, renovated in 2006 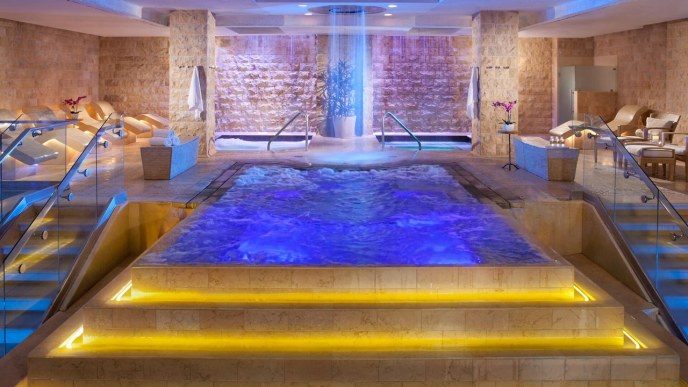 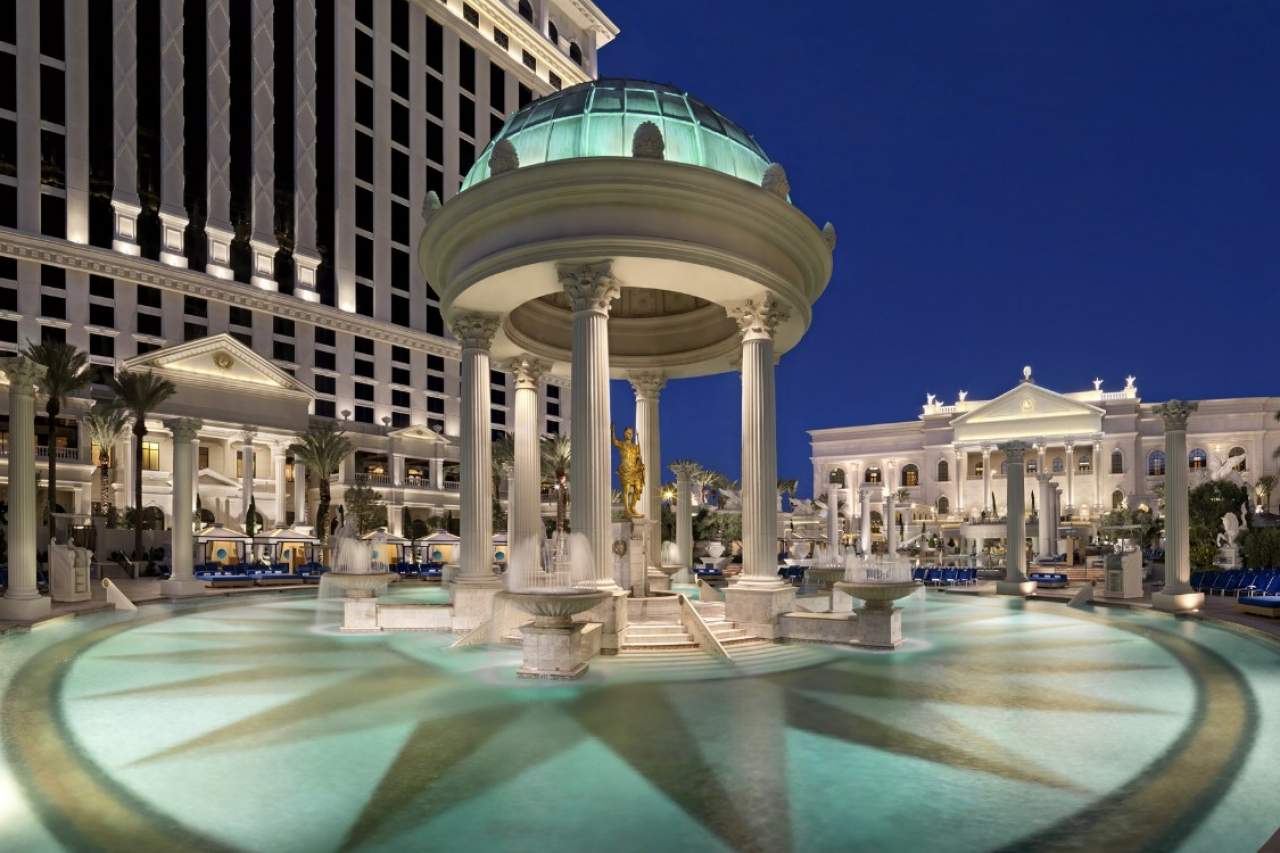 Garden of the Gods Pool Oasis 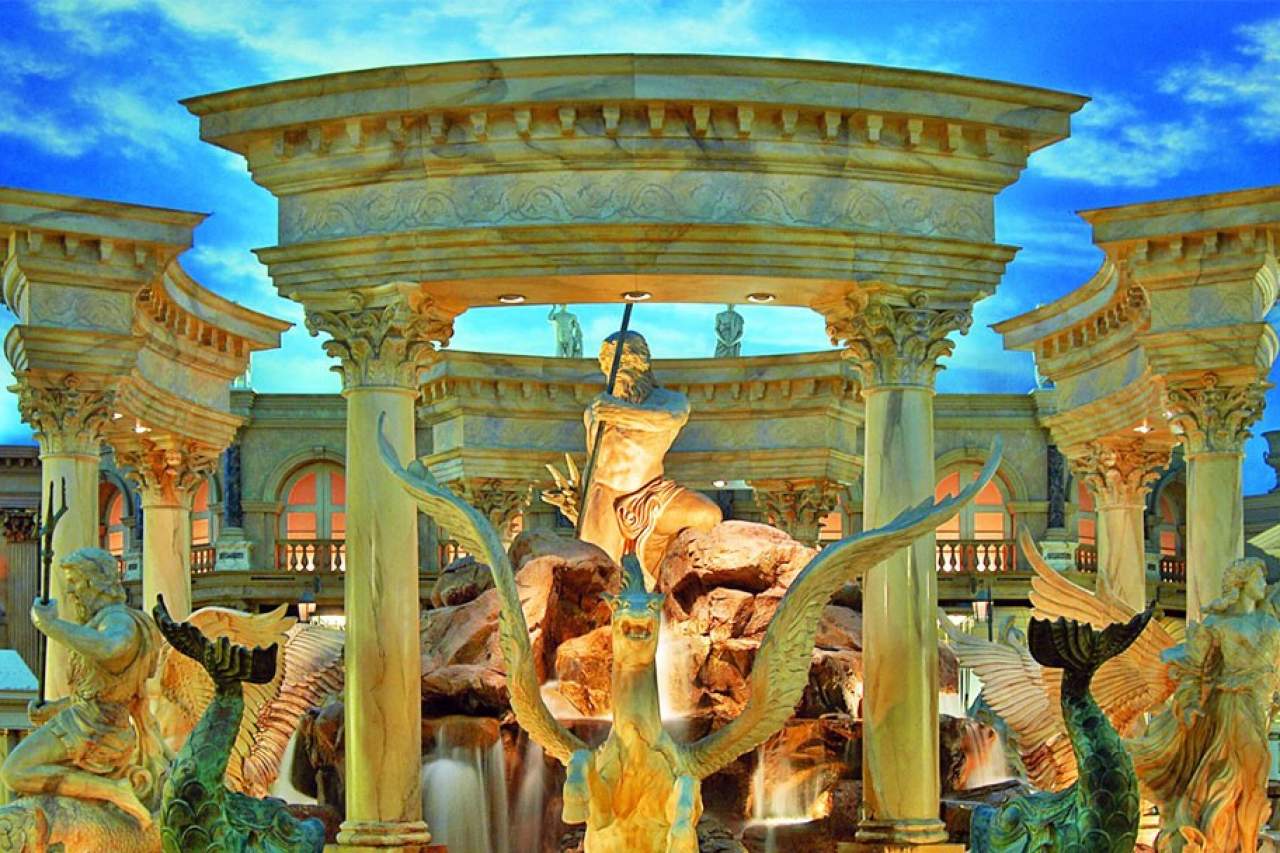 Choose from a full range of traditional spa services and Ayurvedic treatments. 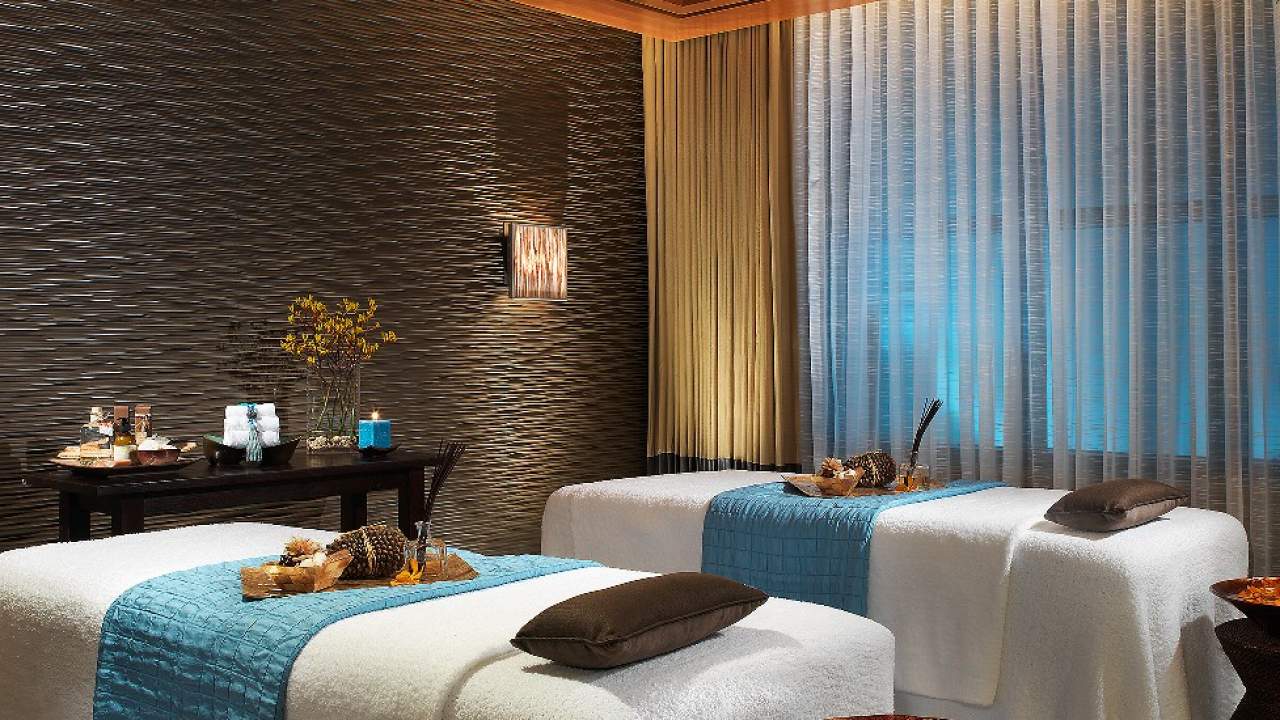 The spacious fitness center has state-of-the-art Technogym equipment for your use. Finish your workout with soothing Roman Rituals such as the steaming Lanconium room and refreshing Arctic Ice Room.

The Garden of the Gods Pool complex, a collection of seven swimming pools, luxury cabanas and lavish sunbathing spots, is available to all hotel guests of Caesars Palace and Nobu Hotel. Hotel guests are allowed up to 2 complimentary admissions per key.

An admission will be charged daily for guests from other Caesars Entertainment properties and non-lodging hotel guests that are at least 21 years of age. 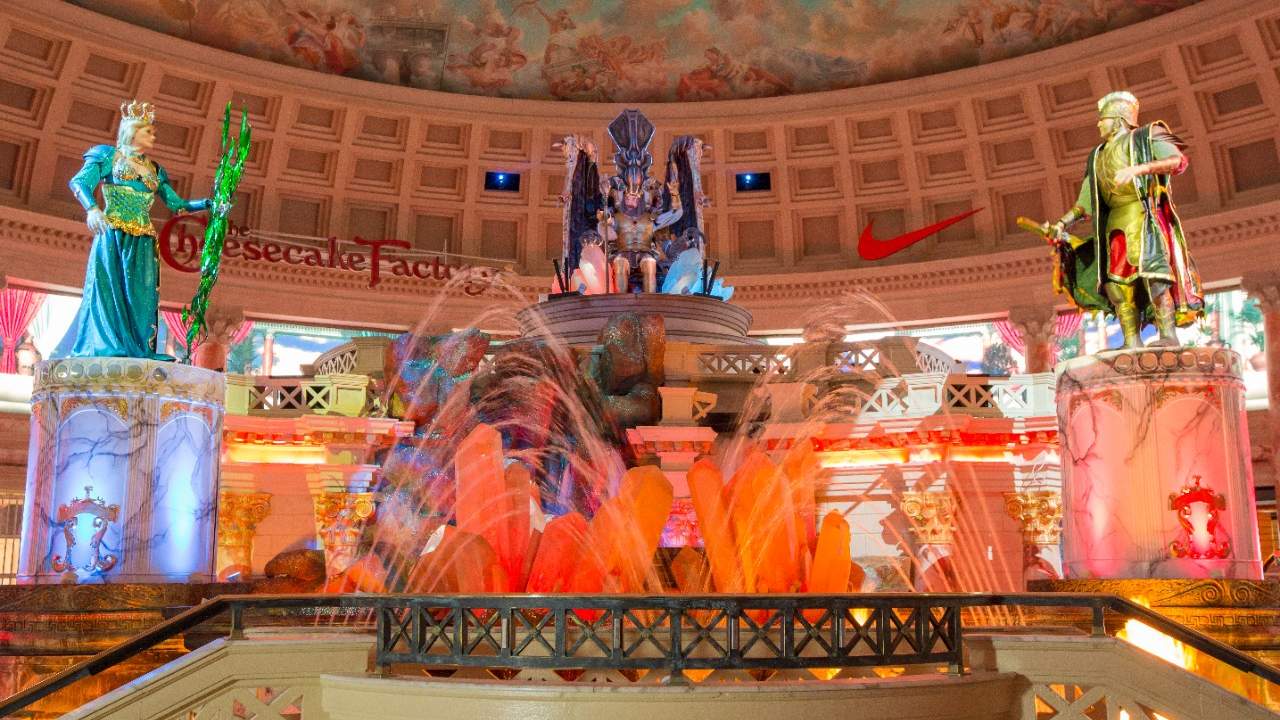 The Forum Shops include approximately 160 specialty stores, fine restaurants, and attractions. Designer stores such as Louis Vuitton, Versace, Giorgio Armani, Valentino and Gucci represent some of the biggest names in fashion.

The Concierge at Caesars Palace is available from 7:00 am – 9:00 pm daily to assist with dining, show, spa, tour reservations, transportation arrangements, or to recommend how to create an amazing night out on the town.

Caesars Palace Las Vegas offers a variety of wedding packages that include a dedicated personal wedding ceremony coordinator. There are five beautiful venues available to choose from. 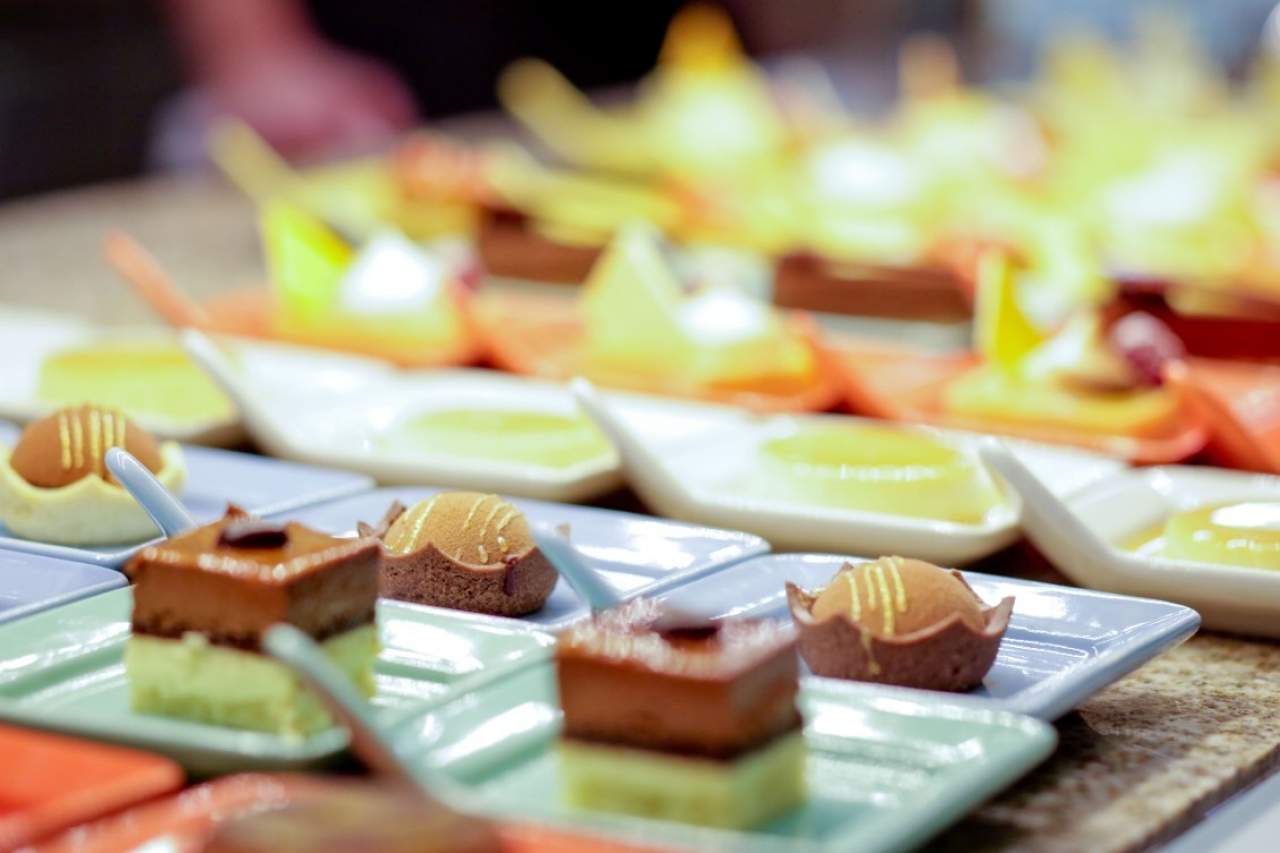 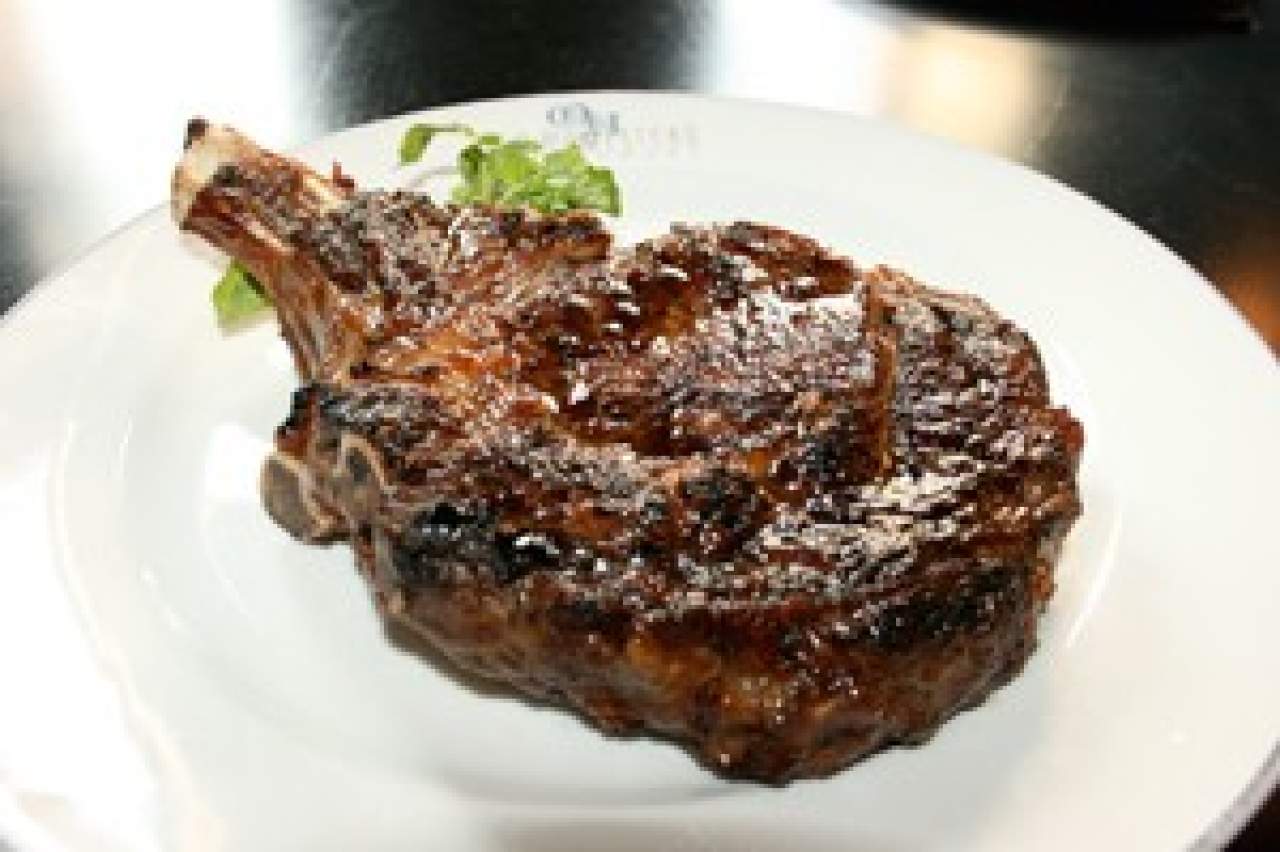 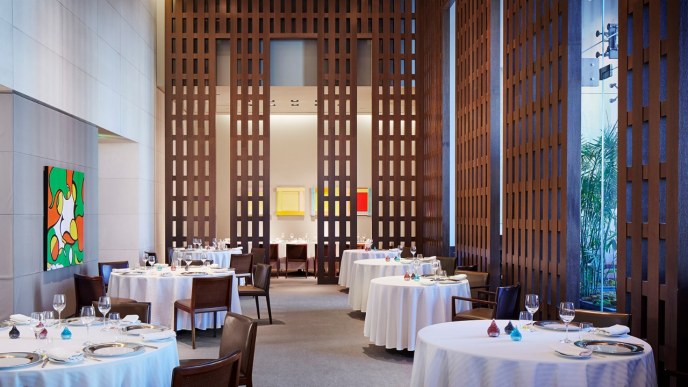 Caesars Palace offers a variety of dining options: from celebrity-owned concepts and a world-class buffet to upscale dining and casual fare. 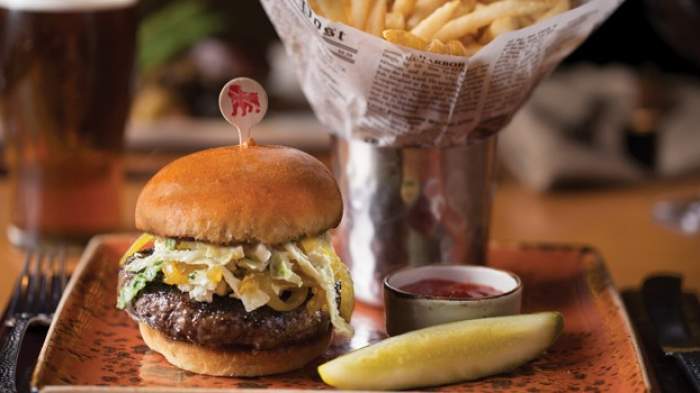 The centerpiece of the restaurant is a striking bar with an array of beer taps. 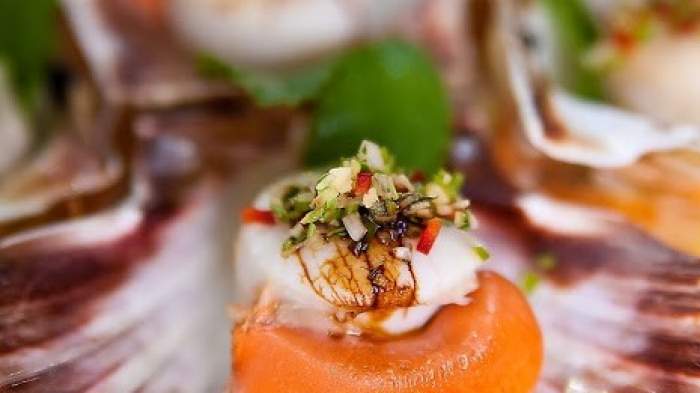 Along with a few Asian influences, Northern Chinese signatures and specialties are on the menu. Beijing pancakes, won ton soup, fried rice, and dim sum of all kinds are top picks here, with your choice of vegetables, pork, chicken, seafood or beef.

Payard Patisserie & Bistro is located near the convention space escalators across from Bacchanal Buffet at Caesars Palace Las Vegas. Ideal for a meal on the go or a casual sit-down, choose from French-inspired sandwiches, pastries, smoothies and coffee drinks. 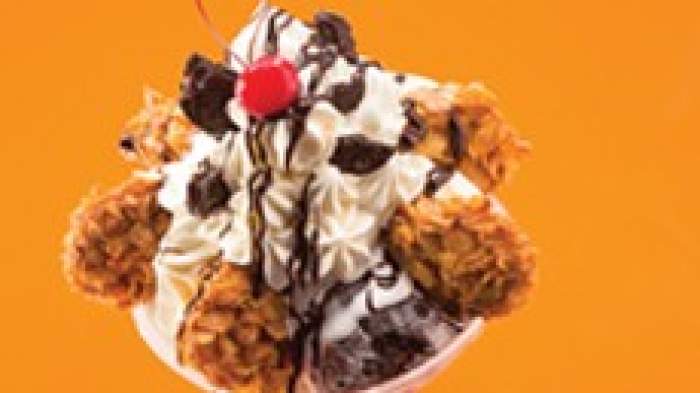 Featuring an old-fashioned ice cream parlor décor, Serendipity 3 is a casual dining and drinking destination located near the fountains in front of Caesars Palace.

Café Americano adds some spice to classic American comfort food by adding a twist of Latin dish options. Open 24 hours a day, 365 days of the year.

A wide variety of quick-serve dining options are available. 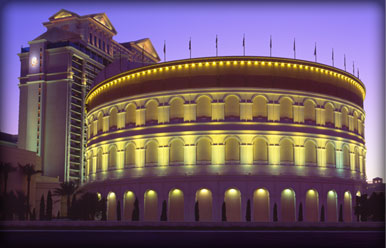 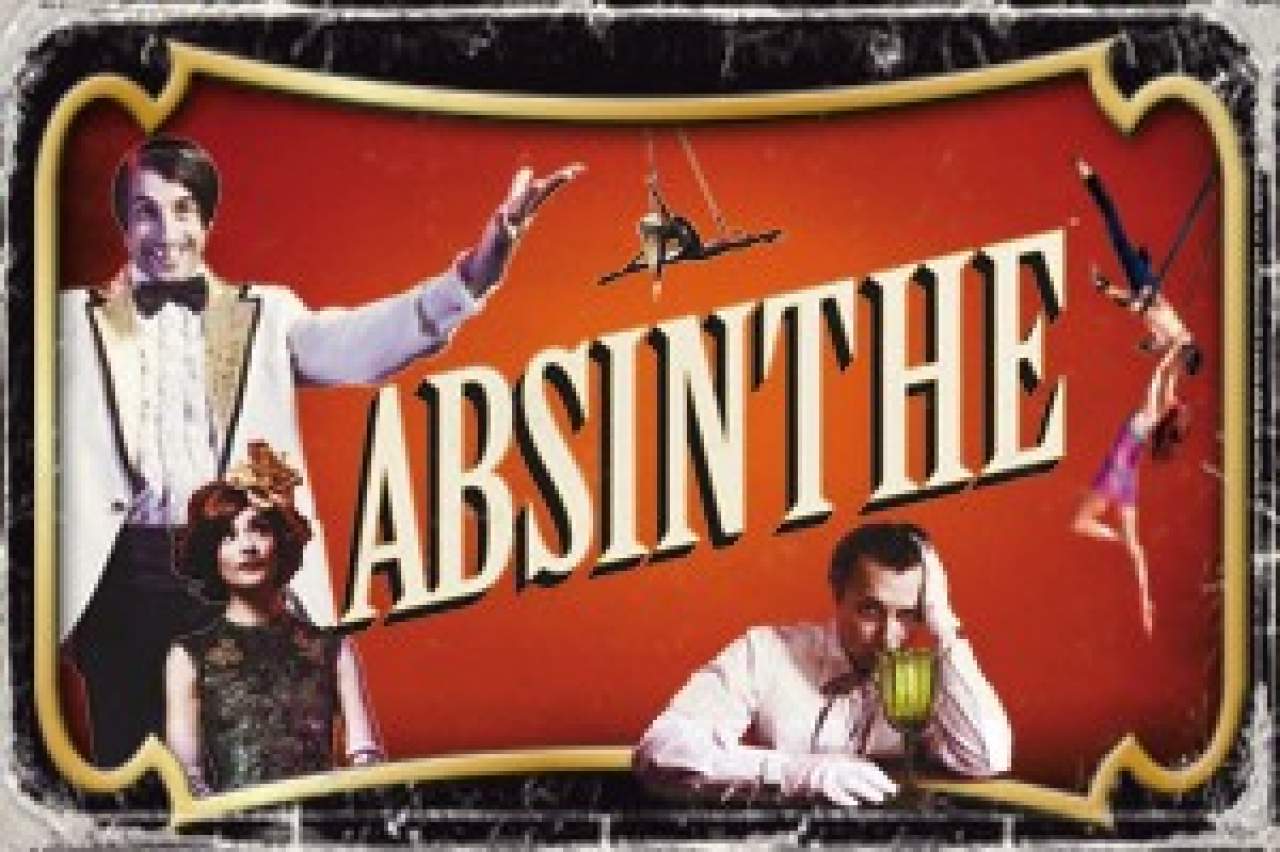 Absinthe combines cabaret and acrobatics in a provocative variety show. This Vegas show is a blend of carnival and spectacle, and features wild, outlandish acts on an intimate, circular stage. The theater is designed to transport you in the middle of the circus action, so you can get up close and personal with the performers. 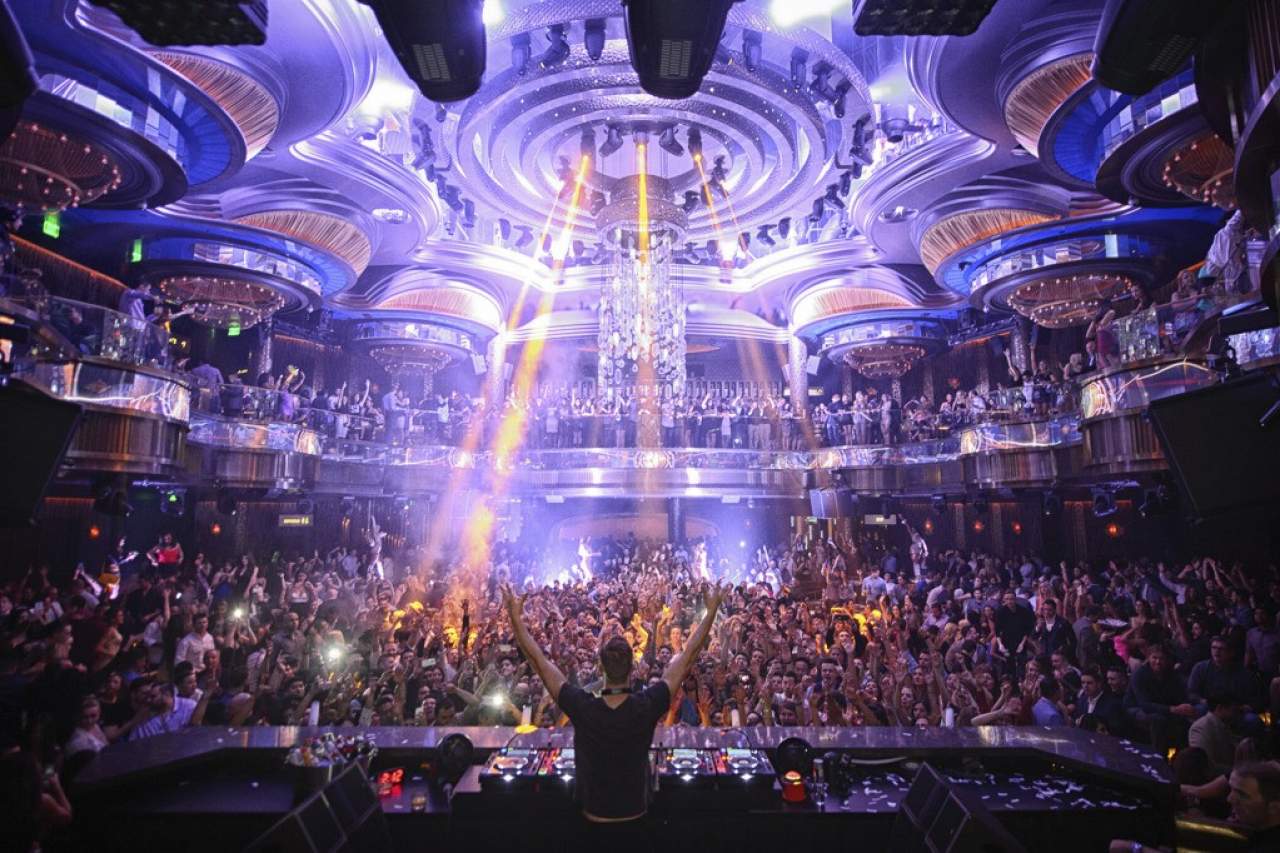 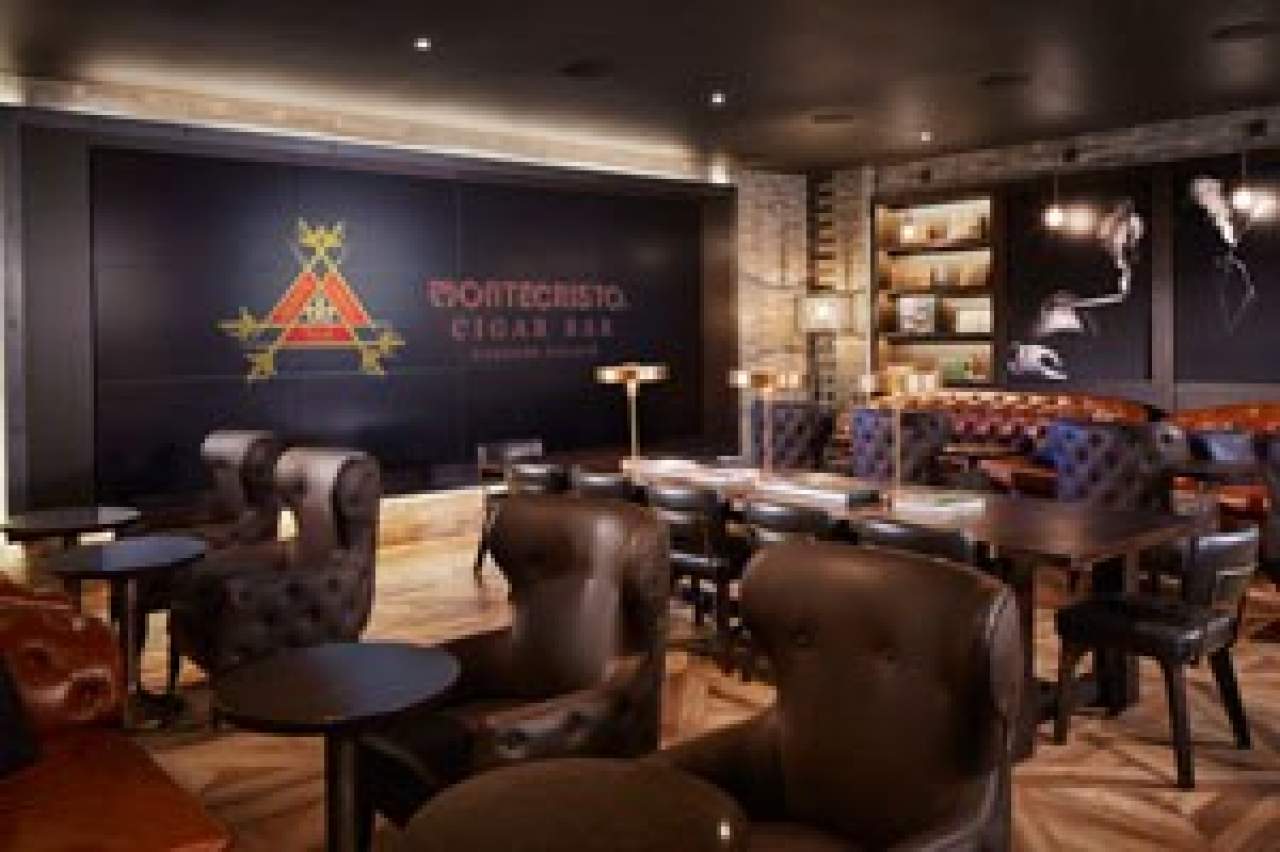 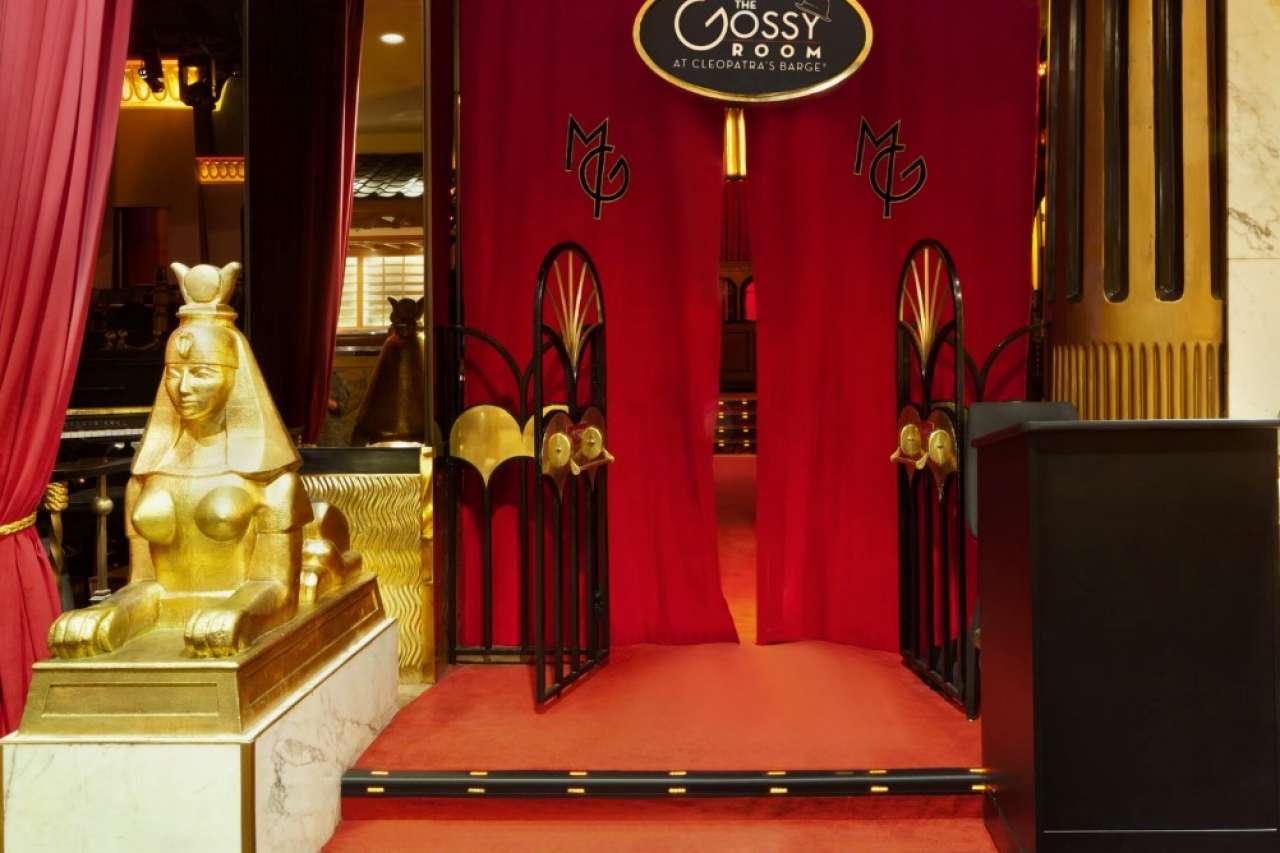 The multi-level venue encompasses a seductive ultra-lounge, a high-energy main room and mezzanine, as well as a breathtaking rooftop garden, showcasing panoramic views of the Las Vegas Strip.

Cleopatra’s Barge is a replica of the luxurious floating barge that transported the royalty of Egypt on the Nile River in the time of Julius Caesar.

On Tuesdays, Thursdays, Fridays and Saturdays, the lounge area is transformed into The Gossy Room, hosting the chic musical styling of Matt Goss. Other nights, live bands and DJs play a variety of music.

VISTA Cocktail Lounge is in the center of the casino, enjoy casual drinks in this relaxed nightclub alternative. 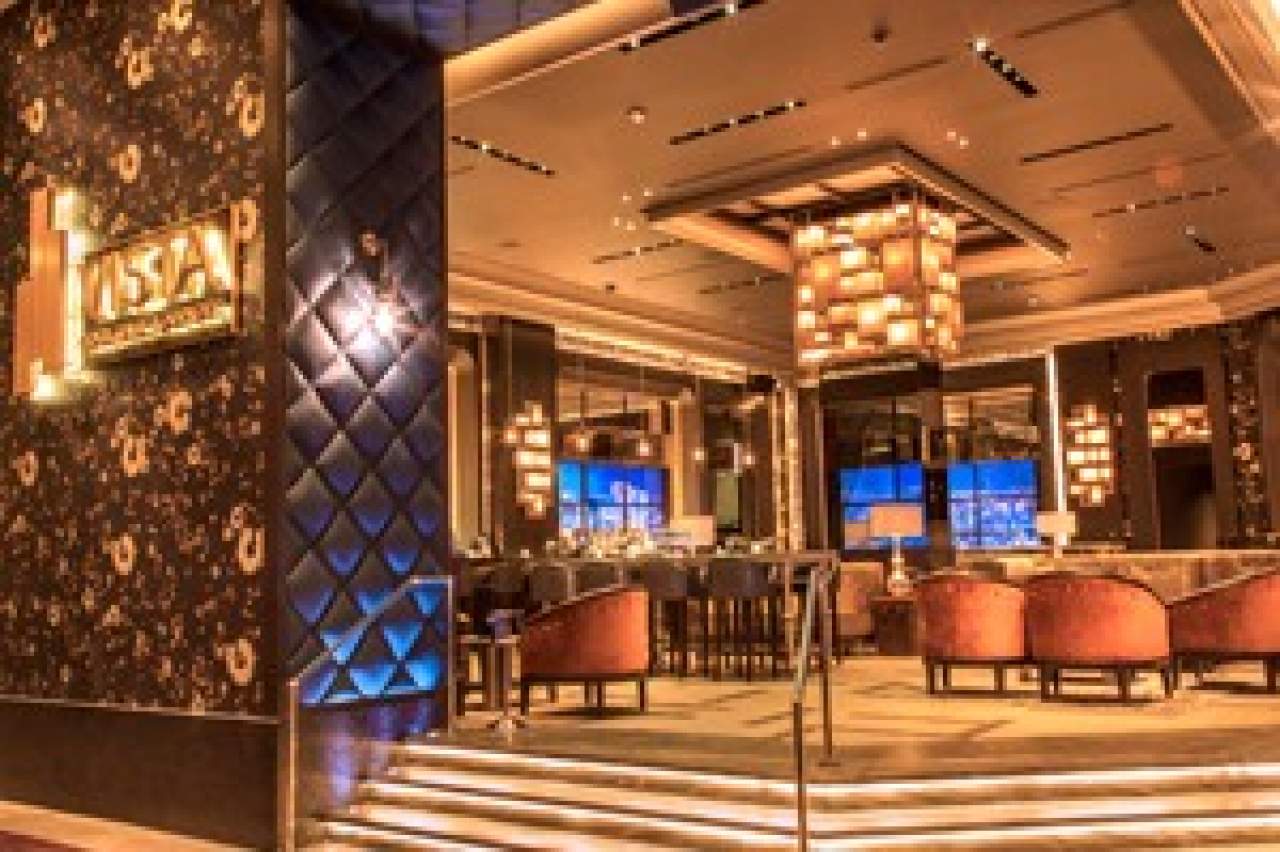 Spanish Steps is located near the "Absinthe" show tent and Serendipity 3. Enjoy a variety of frozen fruit cocktails, including mojitos (made with fresh muddled fruit) from the accompanying Mojito Hut.

Numb Bar offers a variety of blended drinks - try the Strawberry Butterfly or Purple Haze in one of the collectible hookah or 3D cups. Mixed cocktails, draft beers, margaritas and virgin drinks are also available. 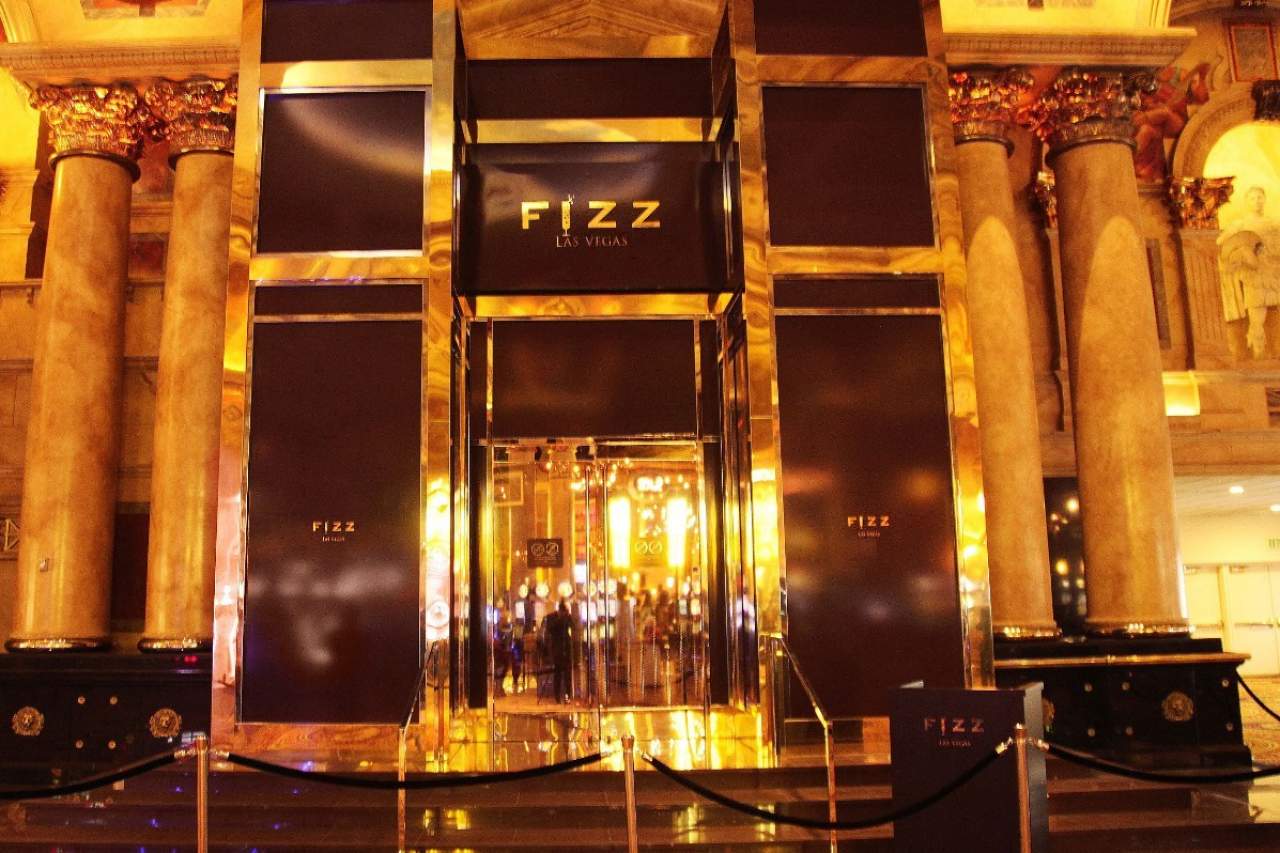 FIZZ offers an array of the finest champagnes and a cocktail menu that blends the freshly made flavors of classic cocktails with progressive techniques and carefully curated spirits. 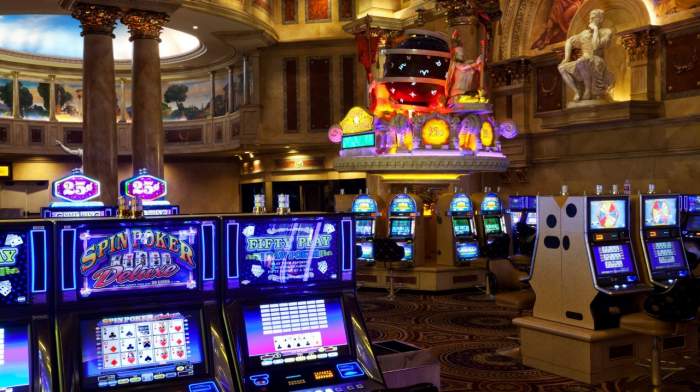 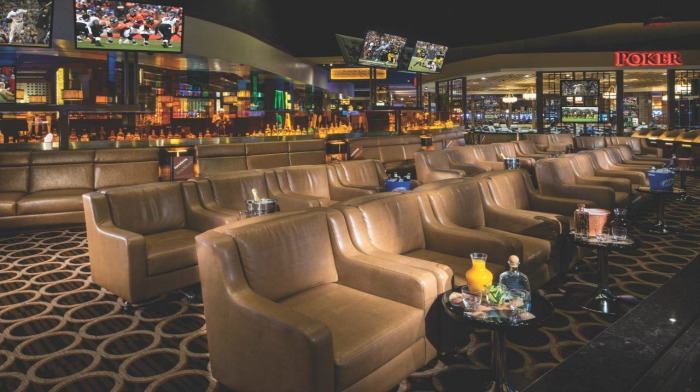 Table games within the Caesars Palace casino include:

The Race Book features 65 private booths, each with an individual 12” flat-screen TV. There are six oversized 12’ by 15’ screens and twelve 50” plasma screens simulcasting live horse racing from around the country. Thirteen betting windows are available, as well as private windows for high-action Las Vegas race wagering.

Follow the action of live sporting events on six oversized 12’ by 15’ screens, a 20’ by 50’ LED board and twelve 50” plasma screens throughout the Sports Book. There are 140 sports seats and a 12” flat screen at every table. Limited reserved seating for Caesars Palace Las Vegas sports bettors is based on availability.

Caesars Palace At a Glance

What You Should Know

If you Know your Schedule Plan Ahead